The best time to learn something new is now

Hopefully this article will give you some insight into who we are at Films United and why we want to share our knowledge with you!

The best time to learn something new is now

Hopefully this article will give you some insight into who we are at Films United and why we want to share our knowledge with you!

My name is Grig Richters. I am the founder of Films United and wanted to write an article about why I believe it’s the right time to be offering e-Courses. Feel free to drop me a line, here.

Right now the world is changing like never before. Many of us are finding themselves in a difficult financial situation. Businesses like restaurants and hotels which did just fine a few months ago are now at the brink of financial ruin. And nobody could have foreseen the impact the Coronavirus pandemic would have on our economies (well, Bill Gates did).

While some of us are able to adapt our business models easily and adjust to the new times (working from home, going 100% home office, offering services online etc.), others don’t even know where to begin! As the founder of Films United, I have had the fortunate opportunity to be working with some amazing brands and many incredible people. And many of them struggle as well through these times. Yes, no matter how big they are and how much they have achieved!

Why it’s a great time to be offering e-Courses

First of all, it’s a fantastic time for e-Learning and digital education! This quarantine time has allowed us to stay time at home and realize that refocusing our time and business efforts is necessary. Learning new skills can create great new opportunities, even from home.

Some of you know that I was born in Germany, and currently based here (for the first time since I was a Teenager). Germany was hit hard by COVID-19 and to date (8 June 2020) we had over 186,000 confirmed Coronavirus cases. 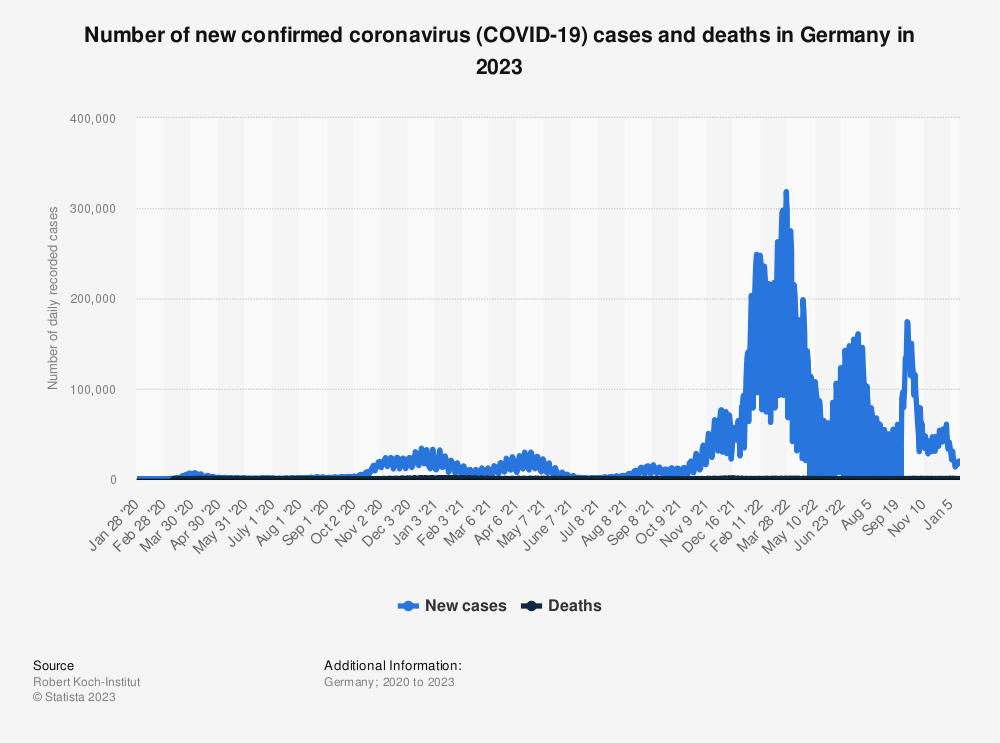 As the world went into lockdown, I was surprised how badly Germany was prepared for working from home. The education system which has been much criticised over the years, simply dealt badly with e-learning and schooling their students from home. In fact, many schools in other „underdeveloped Countries“ were much better prepared than many schools in the so-called “innovation capital of the world”, Germany.

Myself and many of my colleagues in the digital media / entertainment / communications industries truly felt the impact of COVID-19 financially.

Business is down and many of our projects had to be cancelled or postponed. 2020 looked like our best financial year yet but things haven’t gone as planned (let’s stay optimistic though!)

Me and my team at Films United have decades of experience and have wanted to share our knowledge for a long-time. My dear friend and colleague, Uwe Praetel, and I have been thinking about creating e-learning experiences for some time now! And that’s why now seems to be the best time to start something new and that’s why we are offering our first e-Course this Thursday 11 June. You can register, here.

Want to grow your business online? Join our e-Course.

Part of the reason (maybe the main reason) why I am writing this blog post is to sell our new e-Course. And since I am asking you to invest a few dollars and your time, it is only fair for me to explain why I and Films United deserve your time and money.

Since founding Films United in 2008 (and even before that, while working for MTV), I have been creating digital media strategies for major brands and celebrities.

Here is a viral campaign I helped put together for MTV, back in 2009. You might remember this moment when Sasha Baron Cohen’s character (Bruno) literally landed on Eminem’s face during the 2009 MTV Movie Awards…?

And while producing viral campaigns for major brands, managing celebrities’ social media and creating their digital media strategies has been a fascinating (and highly rewarding!) experience.

Here I sat next to Professor Stephen Hawking, at a press conference at the STARMUS Festival in 2014.

I will write a blog post about my time working for Kevin Spacey and others very soon (stay tuned!) – the most rewarding experiences have been working with small companies and seeing their hard work and passion turn into a real success story!

I have mostly been involved as a consultant, helping startups figure out how to present themselves online, building their websites, producing video content, creating social media strategies which have gained over four million followers (to date). Some campaigns were huge successes and went viral, while others miserably failed! I think it’s especially important to learn from the failures.

I know what it’s like to be in that CEO seat, being responsible for investors’ money and having employees. Not just with Films United but I co-founded a tech company called Scielon with Hamish Jenkinson, David Sidoo and Kevin Spacey back in 2013. It was a crazy ride but unfortunately it ended before it ever really took off. More on that some other time!

One thing that I‘ve realised over the years when creating social media strategies for brands is that although small businesses almost never have hundreds of thousands to spend on their marketing or advertising campaigns, their campaigns often times perform much better… IF

It often boils down to AUTHENTICITY and the more you can (or IF you can) connect with your audience (aka followers) – who hopefully convert into customers or donors – the better off you are. And authenticity is extremely hard – but not impossible – even for a major Corporation. So no matter what industry you are in, what type of business, foundation or cause you run, if you are authentic and people can emotionally connect with you then you already won! (This is something we will discuss in more detail during our e-Course!)

Most campaigns that we run for non-profits, small or major causes usually perform great. Because if they are well communicated then it’s much easier for people to empathise with your campaign. Usually you are not selling a product but someone’s story. We’ve seen this with our  #WeAreTheChildren campaign which we ran with QUEEN, the EU Parliament and TikTok and a great example is of course the incredible Captain Tom Moore (what a legend!).

Another great example was the campaign which we ran for Stephen Sutton and the Teenage Cancer Trust back in 2013/2014, which has raised over €5 million (to date). It was a true grassroots campaign with ZERO budget. It worked so well because people loved everything that Stephen stood for and you can’t be more authentic than that. But authenticity alone is not enough. When I met Stephen, his Facebook page had just surpassed 4,000 “followers” and he didn’t even have Twitter and Youtube accounts yet. When Stephen and I created the Hashtag #StephensStory, we had real trouble getting any traction. No News network, no major blog, no celebrity was really that interested in endorsing him.

But one day we posted his now legendary “thumbs-up” photo which was one of the most shared pictures on Facebook that year! Sometimes it’s just a matter of timing and hitting a nerve!

When we posted this, his story went viral. Within a couple of days his Facebook page jumped from a few thousand followers, to over 1 Million. It was one of the most shared posts that year.

Of course it’s a lot harder for business owners (probably you?) to create a campaign that receives this type of attention. But I would always advise to make your marketing about people (or animals, that works too). Tell people who you are and why they should buy your products. Make people feel like they get to know you, make them feel like you are friends. Most importantly, be authentic!

Conclusion and a Favor!

Authenticity is the word of the day (at least for me). But you should also make sure that this word is important in everything you do. Without it, it will be hard for you to build an online following. Unless you have A HUGE advertising budget!

I hope that reading this article was rewarding to you and I hope that you join our e-Course!

Writing this article is the start of a new beginning (lets call it an experiment for now) and if you want me to share some tips about social media, filmmaking, PR, communication and more, then please share this and let us know how you liked this article in the comments section below!

Also, feel free to drop me a line with some questions or feedback.

Have a great day!